Many patients do not stick to their autoinjector regimens, which can lead to poor health outcomes. As Craig Baker explains, there are many reasons why this is the case such as patients forgetting or insufficient communication during the training sessions. To tackle the problem, Noble has recently launched the AdereIT platform for autoinjector training and injections, which has benefits for patients, healthcare practitioners and the pharmaceutical industry.

A variety of methods of drug delivery, such as autoinjectors, require patients with chronic and acute conditions to self-administer medicine. Although an increasing number of patients are introduced to these types of devices every year, adherence rates are still less than 50% following six months of treatment.1 The impact of non-adherence can include lower product consumption, suboptimal patient outcomes, lower sales, lower expectations of drug efficacy and lower brand equity.1

With that understood, the importance of improving adherence rates is self-evident. In practice, doing so entails two tasks. First, it is necessary to understand the nature and scope of non-adherence among patients who self-administer their medicine, in particular those whose therapy requires the use of specific devices, autoinjectors being a perfect example.This then leads to the second task, which involves focusing on possible solutions, perhaps considering the potential of new technologies to be commercialised for the benefit of patients, healthcare providers and pharmaceutical companies. 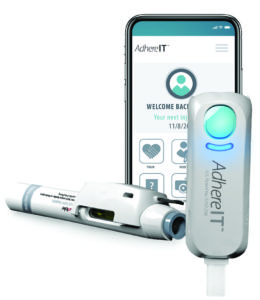 Figure 1: AdhereIT™ can be customised to fit a variety of autoinjector platforms.

Among the technologies proposed to enhance adherence rates, connected devices have shown a great deal of promise. These devices can be utilised to capture information about patient usage which can subsequently be analysed to gain a better understanding of how patients are using or interacting with their therapies. Noble® has recently developed one such device to help pharmaceutical companies lower non-adherence rates called the AdhereIT™ platform for autoinjector training and injections (Figure 1).

There are multiple patient-related factors involved in the problem of non-adherence.2 Some of these are psychological in nature – ranging from simple patient forgetfulness,3 to the fear of being stigmatised by a disease, to patients’ misconceptions regarding the perceived benefit of their treatment. Other reasons patients may not stick with their prescribed course of medication are more practical in nature, such as an inability to pay for a prescription or being unable to get the prescription filled, picked up or delivered.3

Aside from these factors, however, it has also been estimated that 46% of cases of non-adherence result from patients’ misunderstanding of prescription-dosing instructions.4 This can result from: 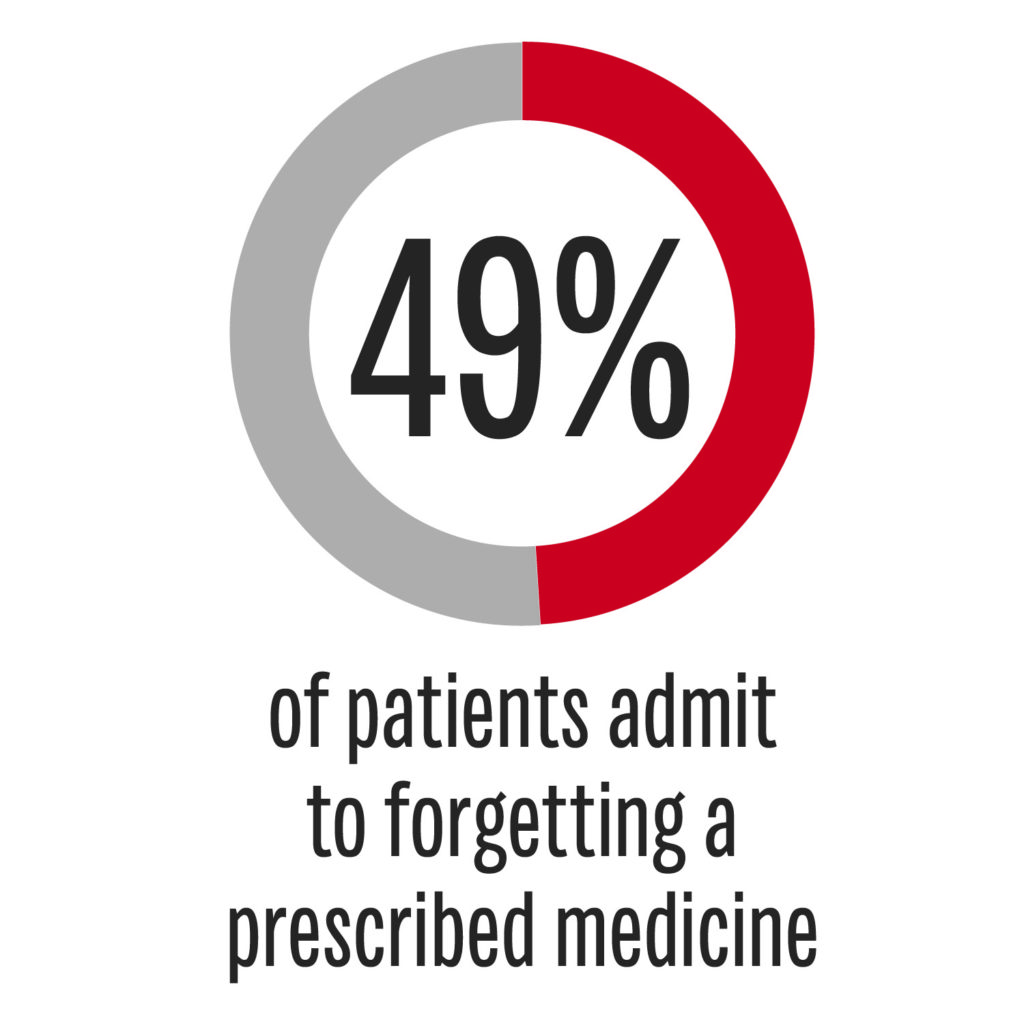 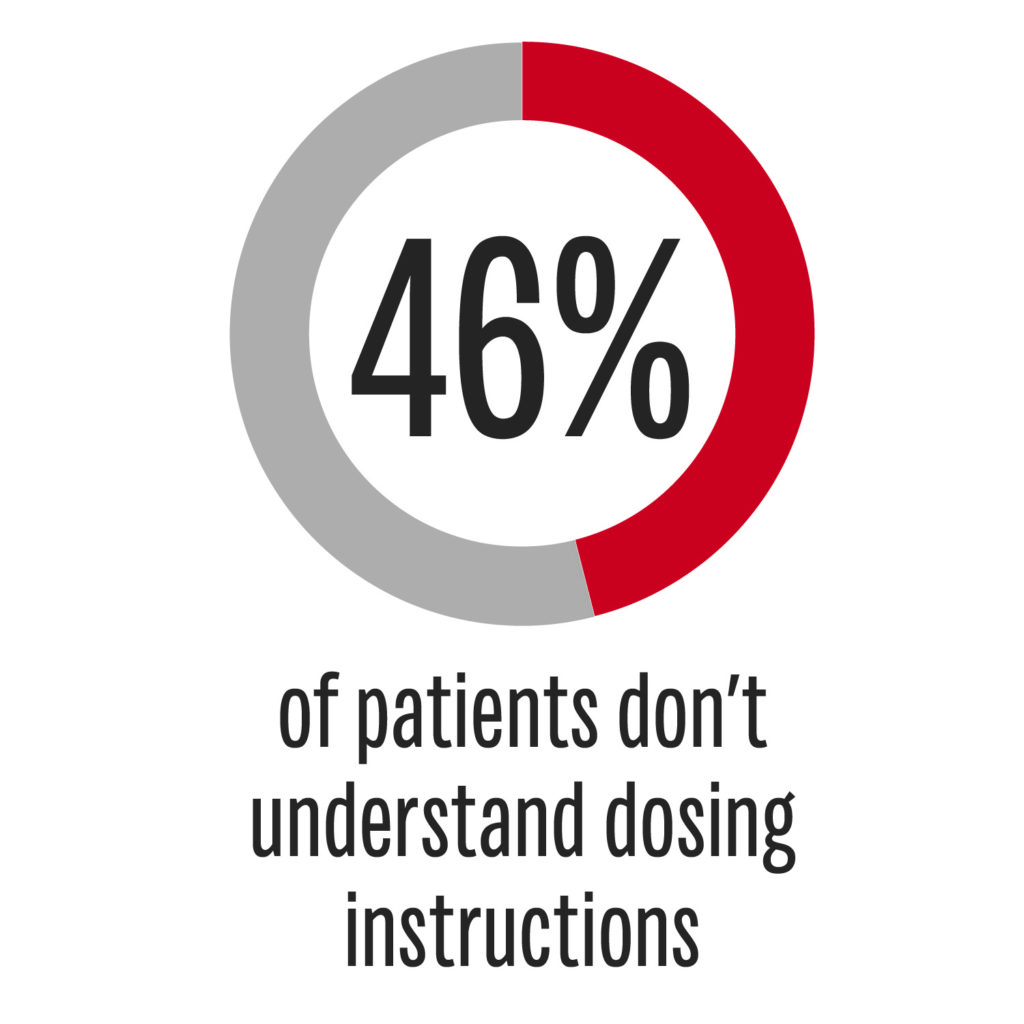 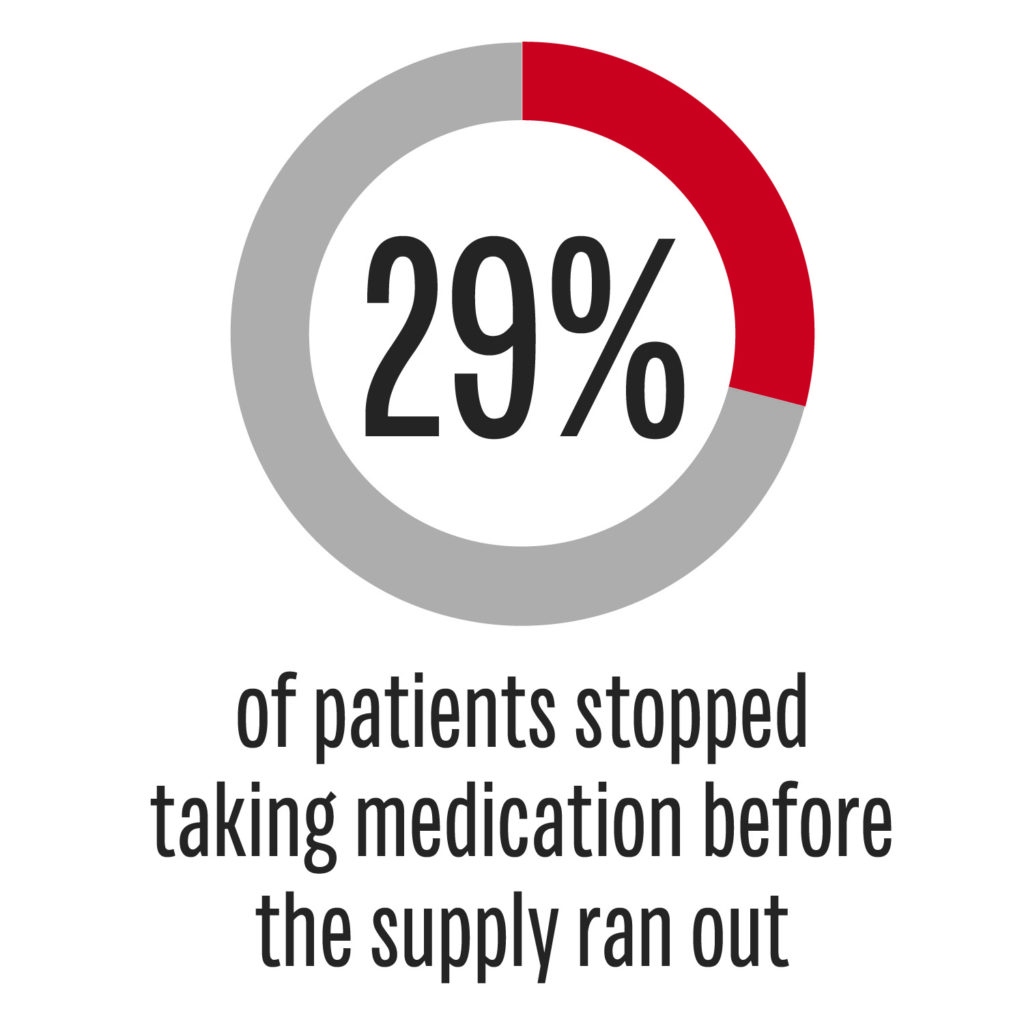 Figure 2: Overview of some of the factors contributing to non-adherence.

A review article in The New England Journal of Medicine suggests that the increasing demands placed on healthcare provider’s time is altering how they interact with patients. Specifically, the pressure on physicians to treat quickly and accomplish multiple goals during a visit has intensified, and in surveys many patients have described their doctors as relatively hurried and unresponsive. The article suggests various factors have also led to a decrease in face-to-face interactions between doctors and patients. While there has been a narrowing in the scope of how doctors interface with patients, there has been a simultaneous growth in team-based instruction to the patient involving other professionals.5 For those responsible for training patients on the proper use of autoinjectors, accuracy and professional expertise are clearly vital.

This first 30 to 90 days after diagnosis – the “onboarding” period, in which the patient is introduced to and trained on their autoinjector – is crucial for ensuring long-term adherence. However, some studies have shown that patients often have difficulty recalling the exact process of self-administration with an autoinjector following training. This reflects a study that concluded that 40–80% of all medical information supplied by a healthcare practitioner is forgotten immediately.6

Supplementary to this finding, it has also been suggested that 19% of patients have a higher risk of non-adherence in the wake of poor physician/patient communication.7 When patient training is incomplete or patients recall their training in a faulty manner, the results can include patient error, injury and adverse events – all of which, in turn, may influence these patients to curtail use of their device.

Among patients who use autoinjectors, a further common set of errors is likely to play a role. According to a study conducted by the University of Texas Medical Branch in Galveston, most patients indeed use their autoinjectors incorrectly. In the study, patients were asked to demonstrate the steps needed to self-administer their autoinjectors correctly, and it was found that more than half of patients missed three or more steps.8

The mistakes that patients were observed making included:

“Among the technologies proposed to enhance adherence rates, connected devices have shown a great deal of promise…”

The poor outcomes resulting from such errors can lead those using autoinjectors to respond negatively to their course of treatment, which is likely to play a role in increasing their rates of non-adherence.

USE OF CONNECTED DEVICES TO PROMOTE ADHERENCE

To address these types of concerns, connected devices have been rising in popularity within the pharmaceutical industry over the past five years. At Noble, an interest in connected devices grew organically out of the company’s role as an established industry leader in developing advanced, patient-centric drug delivery device trainers, with a portfolio including autoinjectors, prefilled syringes, inhalers and wearable devices. Having studied the errors that commonly occur during autoinjector training for several years, the company saw an opportunity to help ensure that patients use their prescribed devices properly to sustain adherence.

From this vision, AdhereIT™ was born. This device offers various features that can make it appealing for patients, healthcare providers and drug companies alike.

The first of these features involves its flexible form factor: AdhereIT can fit onto a trainer that closely mimics an autoinjector as well as onto a prescribed device itself. Drug companies may decide whether to adapt AdhereIT to one or both of these. AdhereIT can also easily fit onto a variety of autoinjectors created by different companies (Figure 3).

Figure 3: Example of how AdhereIT™ can be used with an autoinjector.

Second, AdhereIT can detect and monitor how users interact with the specific steps of drug delivery to ensure proper self-injection. For example, the device can detect the precise time at which a training session or an injection with the prescribed device begins and ends, as well as detect when the trainer/device makes contact with the injection site on the skin. Plus, it can also send injection scheduling reminders to the patient.

Third, there is a suite of features centred on connectivity. AdhereIT can collect and wirelessly transmit data regarding the training session or actual injection, including any patient administration errors, to a smartphone or tablet. Its set of high-tech features in effect transforms trainers and autoinjectors into “smart” devices. This can provide helpful feedback in real-time to the patient during the training period, as well as during injection with the prescribed device. AdhereIT has also been configured to integrate with developers’ wireless platforms for enabling the collection and customisation of usage data.

Late last year, Noble received a patent allowance for AdhereIT, and the product was launched onto the market soon after. Since then, Noble has continued to refine the platform’s form factors and capabilities.

AdhereIT, and other connected devices like it, provide both short- and long-term benefits for patients, healthcare practitioners and pharmaceutical manufacturers. Most obviously, for patients, the use of these devices can provide the informative feedback that encourages them to adhere to their prescribed dosing regimens for longer periods of time.

For healthcare practitioners, the device means they have a tool that enables them to check that self-injection is being performed properly, particularly by patients new to autoinjectors, both during the training phase as well as when the prescribed device is being used. Data collected by the connected device can be shared with the practitioner and reviewed for any irregularities that need to be discussed with the patient.

For pharmaceutical manufacturers, the decision to develop a connected device such as AdhereIT, for use in tandem with a trainer and prescribed autoinjector, can be prudent as well. Specifically, it allows the manufacturer to differentiate itself from competitors in a crowded marketplace and improve the experience and satisfaction of their patients. Noble’s technical expertise and in-house engineering capabilities make the conception, design and manufacturing of the connected device a simple process for manufacturers.

Given their potential for enhancing rates of adherence, connected devices such as AdhereIT are likely to play an increasingly important role for patients, their healthcare practitioners and pharmaceutical companies as rates of self-administration rise steadily.